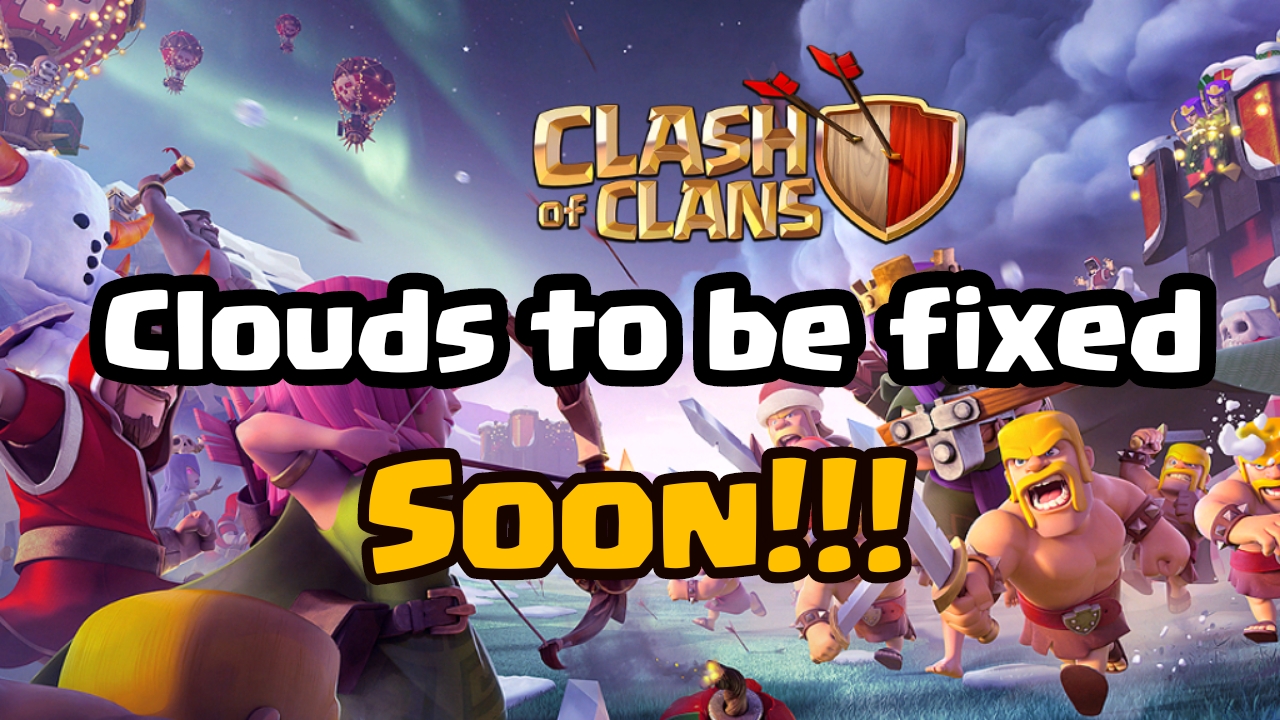 Recently Darian (Community Manager of Clash of Clans) gave an interview and you guys might have seen it on Youtube. He went into a little bit of detail about the clouds and to quote what Darian said, "I think we have found a solution to the clouds". So that is cool also he did say that they had been listening to players who had posted the issue on the forums. There was a huge discussion on forums and the thread proposed all sorts of different strategies, possible fixes, solutions to the cloud problem and then it was criticized constructively by other players as to why or why not that strategy might work or might not be a fix to the clouds.

I know Supercell took that information into consideration and apparently they have come up with something. They are not telling us exactly what that something is yet.

Darian added, " Changing fundamentally how Legend League works". I feel like that makes sense because you can't just do something basic. You can't just put more bases or make shields shorter, all those types of things are going to be fixed that either only temporarily fix the problem or only slightly make things better.

I don't think there should be an opportunity for players to attack non-stop and Darian covered this as well in the interview. Honestly, if you let players attack non-stop it becomes two problems:

So, there has to be some big change and that's what Darian was saying it is going to be a huge change and it sounded like something where there will be a cut-off point when players hit 5000 or 5500 or maybe 6000.

That's all. Give your feedback in the comment section. Clash on!